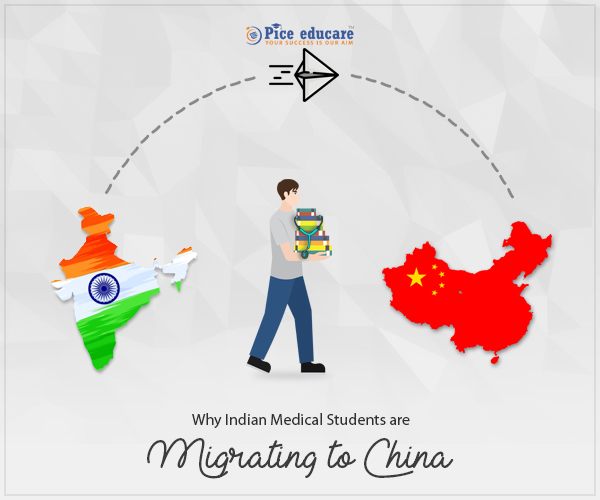 The UK is not the top choice of the Indian medical students anymore as it is reflected from the recent trends and the figures published in the government records. In the period 2015-16, the number of Indian students declined by 10%. There were 18,171 Indian students in China compared to 18,015 in the UK after the end of 2016. There has been a steady increase in the number of Indian students getting admission in the Chinese medical universities since 2010. However, the subject experts attribute the latest development on the modified medical admission criteria and confusing terms of the centralised examination test or NEET (National Eligibility cum Entrance Test).

The Top Reasons for Studying Medical Science in China

1. Lower Tuition Fee: One of the top reasons to join the Chinese medical universities is, the lower tuition fee. Compared to the cost of studying in the private medical universities in India, the total expenditure of studying in China is less. Whether you are about to get admission in the Grade ‘A’ or ‘B’ ranked medical university in China, the range of the tuition fee is between $2,000 and $3,000 per year. This means that the overall cost climbs up to Rs 12 Lacs for the 6 years MBBS degree course. Along with this, a student has to pay $ 1000 for covering the daily living expenses.
2. MCI Recognition: An MBBS degree earned from any of the top medical universities in China is recognised by the Medical Council of India or MCI. The student has to successfully pass a screening test and he/she can start with medical practices in India. There is a popular perception that the Indian students who earn medical degrees from Russian universities often face difficulties in successfully passing the MCI screening test. Hence, compared to Russia, China fares better in the matters of career development in India.
3. Course Conducted In English: Language is one of the primary hurdles for the Indian students who want to pursue their medical studies in Russia. However, in Chinese medical universities, the syllabus has been developed in English for the convenience of the international students. In addition, there are multiple medical universities in China that offer lectures in English.
English is spoken and understood by most of the students and the faculty members of the Chinese medical universities. Hence, the medium of communication is not a problem.

Meanwhile, there is a new development. Indian students are opting for Engineering degrees in Chinese universities. Hence, the overall scenario is looking all exciting for both our students as well as our neighbouring country.

Indians’ Preference for the Chinese Medical Universities: The Chronicle

This is not a sudden development. India came on the list of the top 10 countries sending highest number of students in China. It is not far behind the 2 traditional favourites of Indian students- the USA and the UK. China holds the 3rd rank after the USA and the UK. The overseas education counsellors in India are of the opinion that Indian students favour China more as unlike the West, here, there are better career options. Apart from this, the Chinese universities are climbing up the ladder of the global rankings thereby proving their mettle in imparting quality education and offering the support of the best infrastructure.